I've heard it a hundred times. 1Q and BCA are just OK on their own, but mix em together and it sure is good! Never believed it, I was wrong.

I'm not much of an aromatic smoker. Not because I have anything against them, it's just that they're usually rather thin tasting at best and bite like a pack of rabid weasels got ahold of your tongue at worst. There are a couple of exceptions, like Bob's Chocolate flake and McClelland Fragrant Matured cake, which are hard to get and impossible to get, respectively. Not to mention expensive, even when you could get them. Truly, I've always admired the guy who was happy smoking simple, affordable tobacco in simple, affordable pipes.

Well I'm not going to tell you that I'm giving up my Dunhills and Castellos and my imported tobaccos for this stuff, but I've been smoking a little 1Q mixed equally with BCA in a couple of inexpensive pipes and it's been a very pleasurable experience. I'm almost giddy with the fact that it's working for me, as my initial foray into pipes long ago began with very inexpensive pipes and the likes of 1Q, and my preconceived notions were dashed upon the rocks and left a smoldering ruins. The first proper pipe I ever bought (that wasn't bought in a bubble packaged cardboard hanger at the drugstore) was from a Tinderbox and the tobacco was, I believe, Wishire, which is 1Q rebranded. It was a hot steamy gurgling disaster and it was only through pigheaded stubbornness that I persisted and found my way to something better that worked for me (Stanwells and UK made Virginias, mainly).

So now it's come full circle, at least a little bit here and there. In my last tobacco order I added a few ounces each of 1Q and BCA and mixed them together and jarred it, and it's a darned fine great smelling and surprisingly tasty smoke.

There, I said it. I still find it kinda hard to believe but it's true.

This post by 9 Iron liked by (total 2):
Thelonious monkfish • Armycw2

I think its great ! The only advice I could toss at you that could make what youre experiencing even better is to smoke it in one of your stellar pipes . So often I hear it ... " I dont care for aromatics but I wanted to give them a try .. I pulled out my weakest pipe and gave it a go " ..or something like that . Pop it in one of your Castellos , man !! 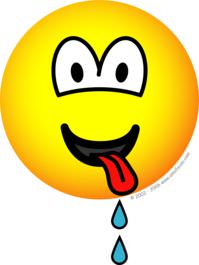 I know what 1Q is. I don't know what BCA is. For us neophytes on the forum, can you define these blends for us?

I've never smoked 1Q, but the kindly and patient priest at the Bl. Fr. Francis Xavier Seelos Shrine I like to visit, in New Orleans, is often found on the front porch enjoying a meditative bowl of 1Q. He never minds being interrupted. My wife asked him what he was smoking the last time we encountered him together and he told her. "Why don't you smoke that?" she asked me.

Because I smoke real dogwater blends, that's why. That 1Q delivers a note to a non-smoker that is more creamy than SWRA, but not quite so seductive---which makes it a good choice for a priest.

I don't know what BCA is, so I can't comment on that. Black Common Ash? Burley Corrupt Asphalt? Bad Cold Attitude? Bald Cored Apples? ABC mixed up in a jumble? Enquiring minds want to know. As we used to say on the walkie-talkie when the bombs were flying, our coordinates were Bravo-Charlie-Alpha.

Tango Yankee (thank you) for clarifying this!

It's a black cavendish that is uber mild and lightly aromatic. Probably stands for Black Cavendish Aromatic, I would guess.

1Q smells and tastes like toasted marshmallows to me, but it can be a bit bitey and thin. When mixed with the black cavendish it gets a lot creamier and the flavor is intensified.

Ruffino, I have been smoking it in a bent Falcon with the XL Hyperbowl and the XL Snifter bowls, works well. I also have smoked it in a really big Santambrogio calabash shape and that was really a great smoke.
Top

BCA + deer tongue is one of my guilty pleasure smokes

BCA + Latakia = well, I won’t post what this blend was named but I will say I smoke it regularly.

I've smoked the 50/50 mix of 1Q & BCA for years. I always have a pound on hand. It's a great crowd pleaser. For those who need an extra nicotine hit, add a pinch of 5 Brothers to the bowl. The 5 Brothers doesn't alter the taste and you get a good hit of nic.

I knew you'd have something to say on this Ray!

This post by cigarsarge liked by (total 2):
Thelonious monkfish • Fr_Tom