Cleaned a batch of pipes today. Usual routine, Black Velvet with Dill's bristle cleaners followed by regular Dill's with same. A quick touch of Bar Keepers Friend on the stems and Brasso on any silver etc and finally a wax with Paragon or Halcyon II depending on pipe.

Anyway, I realized I wanted two of the pipes in this batch to find a new home. Both good smokers. Both do everything a pipe should do and they do it well. But they just don't do it for me shape wise and they sit most of the time.

One is a Yello-Bole Imperial and the other is a Grabow Freehand. The Grabow has a crack in the shank. It was new when it was given to me and it came to me that way. It's never been an issue and I don't believe it ever will. That said, I'd like them both to go together if possible just because I'm lazy.

In trade I'd like a pot or a bent in trade. Nothing fancy or clean even, perhaps an estate laying around gathering dust, waiting to be rehabbed, just as long as stem is in tact. Tooth chatter is ok, that I can take care of.

Or I'd take a couple of pouches of OTC tobacco of some sort that's laying around untouched like my two pipes. Pm me if interested. 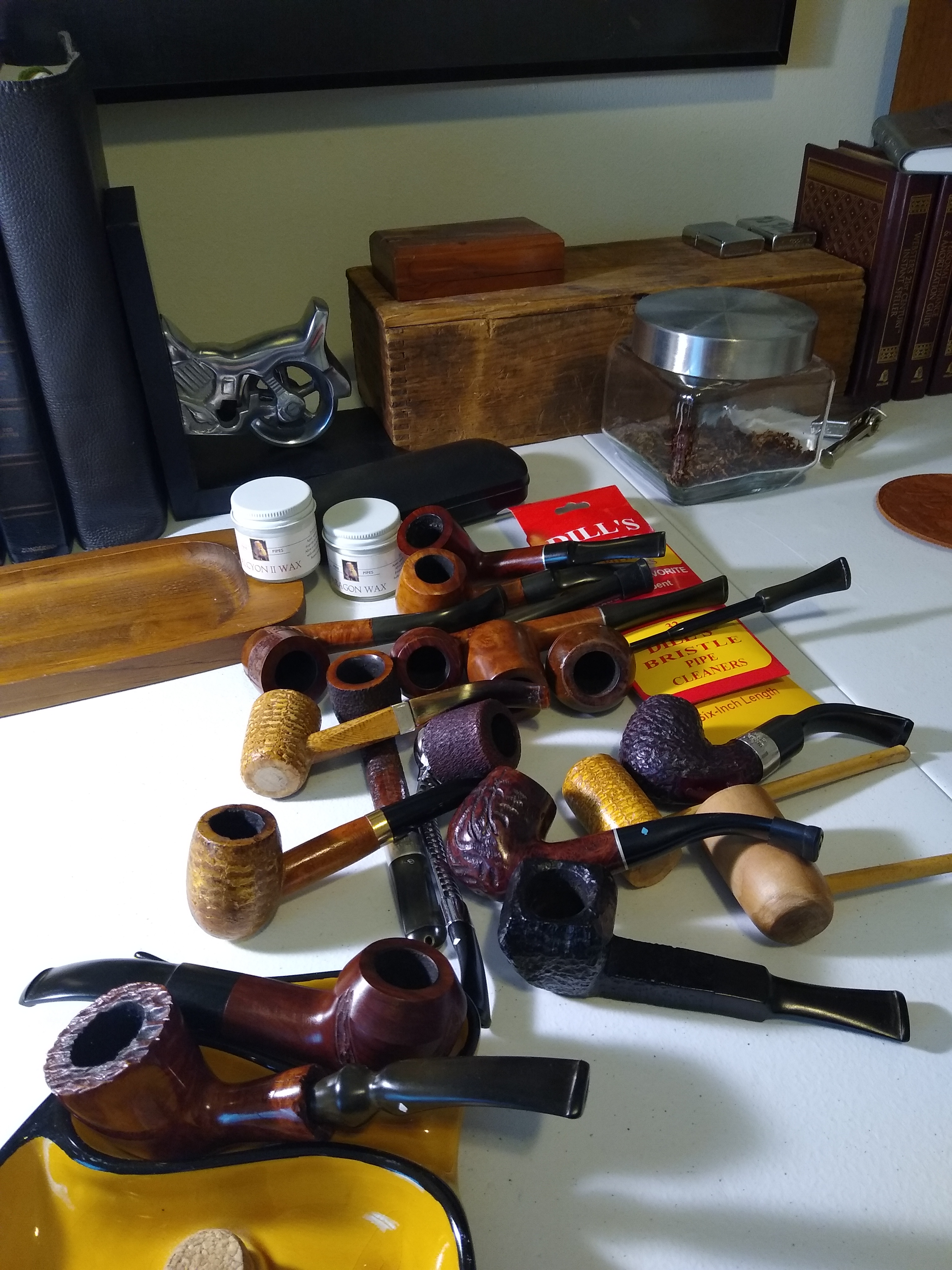 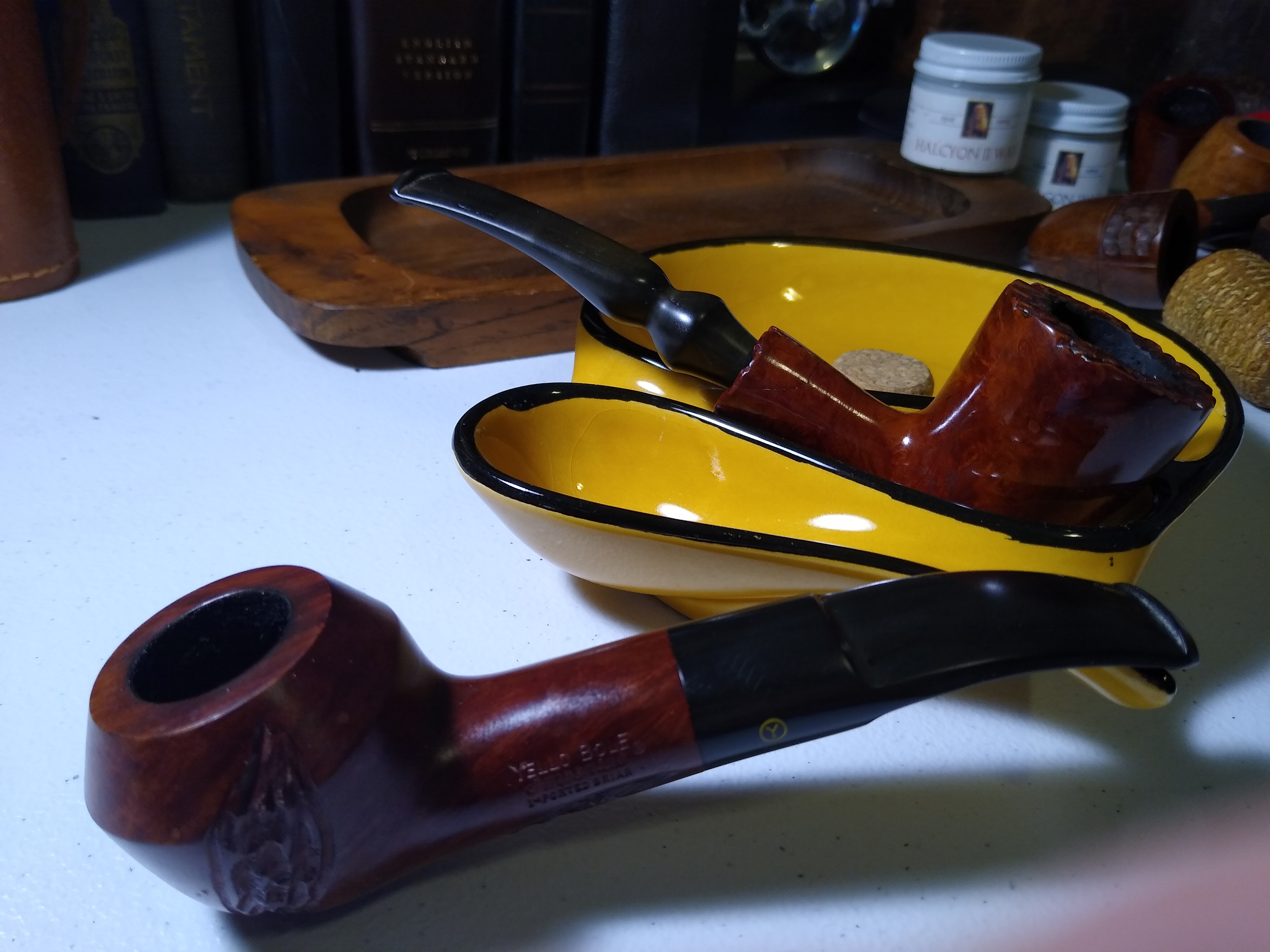 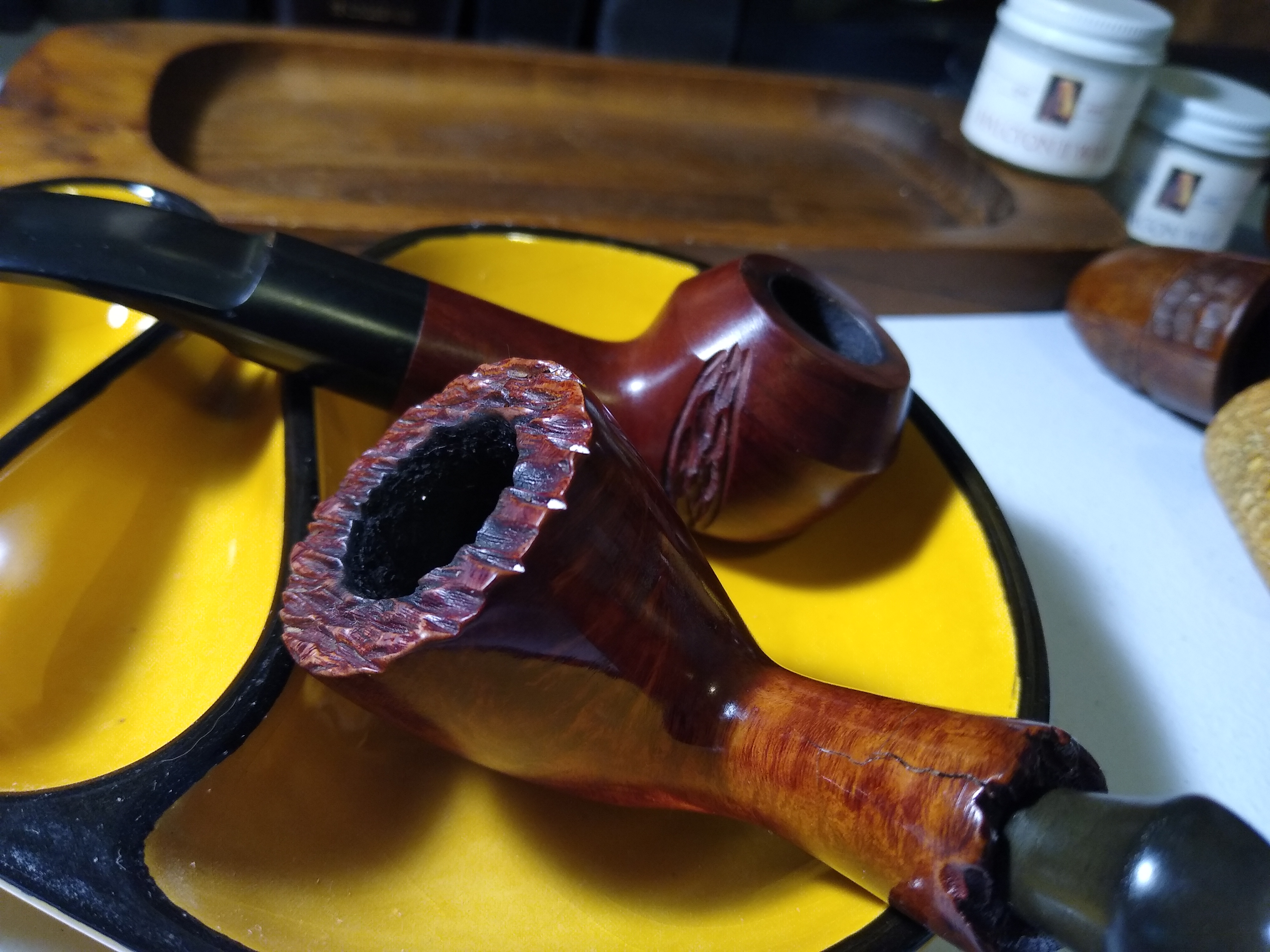 They look lovely !! The crack on the grabow isnt a big deal .... Id smoke the hell out of either . That Yello Bole looks like you could knock someone out with it , I love it

Like the family photo!
I need to do a deep clean on a few also.

The Paragon is a good product, I have a jar of that stuff too, I've had it about 10 years and it's still half full, just the smallest amount goes a long way.

Yeah I like it a lot. My jars are probably near that age, but I've got about a third left in each jar. You're right, a little goes a long way.