Never did get there.

Closest was when I confused a co-workers spit cup for my coffee. That was cope.

Redman was my first leaf chew back in the 70's Gold River and Hawkens were my first experience with dip and Happy Days Raspberry was good to.

I haven't chewed anything for about 20 years now but I believe it was Red Man that I first tried but then found Cannon Ball Plug and I was hooked on that for about a decade (until I realized how much the ladies truly hated it). In addition to chew I used to dip Gold River which had a nice, sweet tobacco taste but I also went through many cans of Copenhagen as well. I remember the first time I tried Copenhagen and thought that it smelled a little like a finely processed cow manure, so as a Texas boy I naturally had to taste it... and found that I liked it... a LOT!

That nasty event was lying undisturbed somewhere deep in the dark recesses of my memory until this thread came along.

My Grandpa (mom's side) chewed Copenhagen, and my uncles snuck around and chewed it, too. My very first experience happened when I took cover from the rain in my Grandpa's old rust-red '75 Ford F-150. I found a half full tin of Copenhagen wedged between the seat. Under camouflage of rain I was able to smell it for a few minutes, take a small piece and taste it, then put a pinch in my bottom lip like I saw the uncles doing. The buzz came and I spit it out, but I didn't mind the flavor so much.

Come 5th grade the big thing was Hawkins Winter Green on the playground. It was pretty good, but it was a pain because we had to look at each other's teeth before recess ended - so the teachers didn't spot a reason to search our bags. Later that year we discovered Skoal Bandits and it was on like Donkey Kong. No more worries.

One winter, 7th grade, I was waiting in line to buy a pop (soda) and saw Canon Plug sitting on the chew shelf. I posted this story here on PSF previously, but it's worth repeating. It looked like a dang brownie so I just haaaaaaad to try it. And it was AWWWWWWESOME... it smelled and tasted so dang good that I spit huge black tar slugs into the snow all the way home. The only thing I didn't like was not being able to seal the plug so it wouldn't dry out. Not that it really had a chance... I chewed that brownie daily until it was gone. Later that year I tried Redman and Levi Garrett, and I like those flavors as well and appreciated the resealable (fold over) pouches.

First chew was 1 sliver of Beech-Nut swiped from my dad's pack. That was way back when the packs were shaped like a large cigarette pack. I was probably 5 or 6 years old at the time, and that was enough chewing to last me for 8 or 9 years.

Picked this up today...wasn’t aware it was still made. 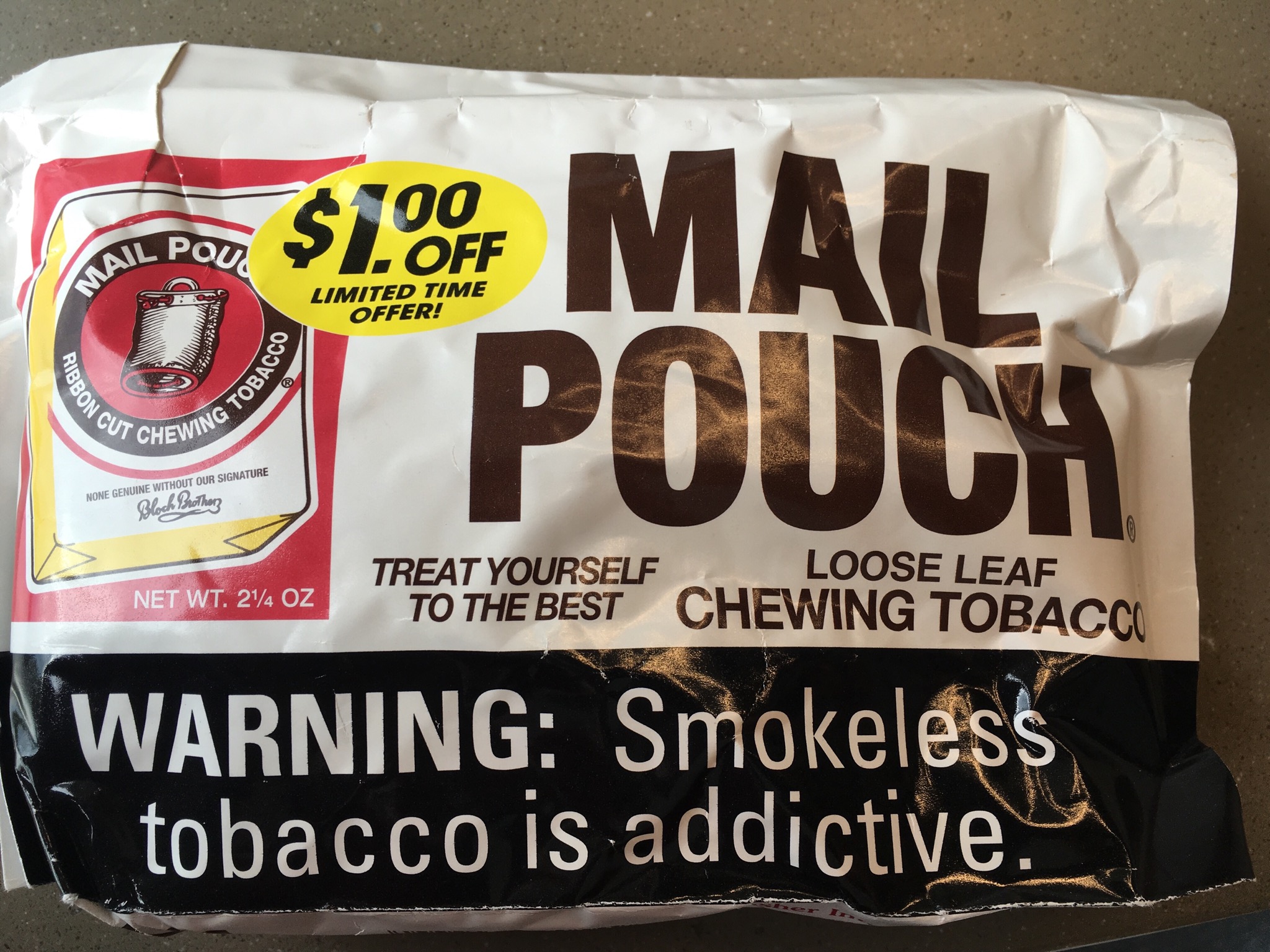 This post by Chef Benny liked by:
Flyfish Falls

My first & only chew came from a sliver of Days Work that was given to me by a neighbor when I was about 10. I chewed it for about 5 minutes and threw my lunch up for the next hour or so. I never looked at chewing tobacco again!

Cope whisky (when that was a thing) got it from my sisters boyfriend at the time had me pukeing in about 3 minutes. But didn’t stop me from trying agen and agen I was probably 14 or so