This Noce Junior Brebbia is a great smoker, one of my favourites.

In soft light it looks like it's an anthracite colour but under illumination it shows streaks of chestnut. 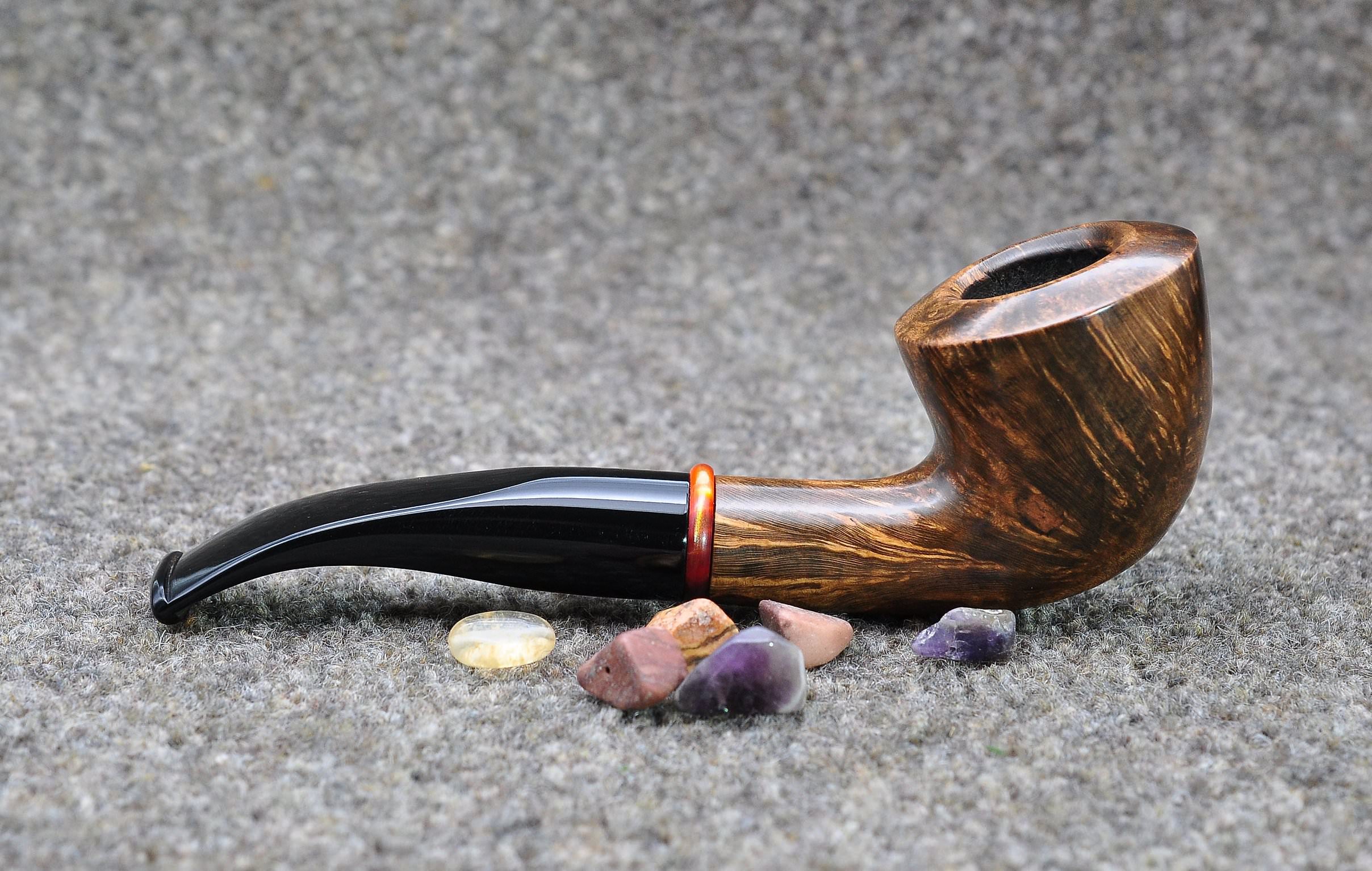 This Roma Walnut is another excellent smoker.
Roma is a side brand of Savinelli. The side in the pic shows beautiful grain but it was probably rejected as a Savinelli because of a dull dark patch on the other side of the bowl. At $50aud, that worries me not. 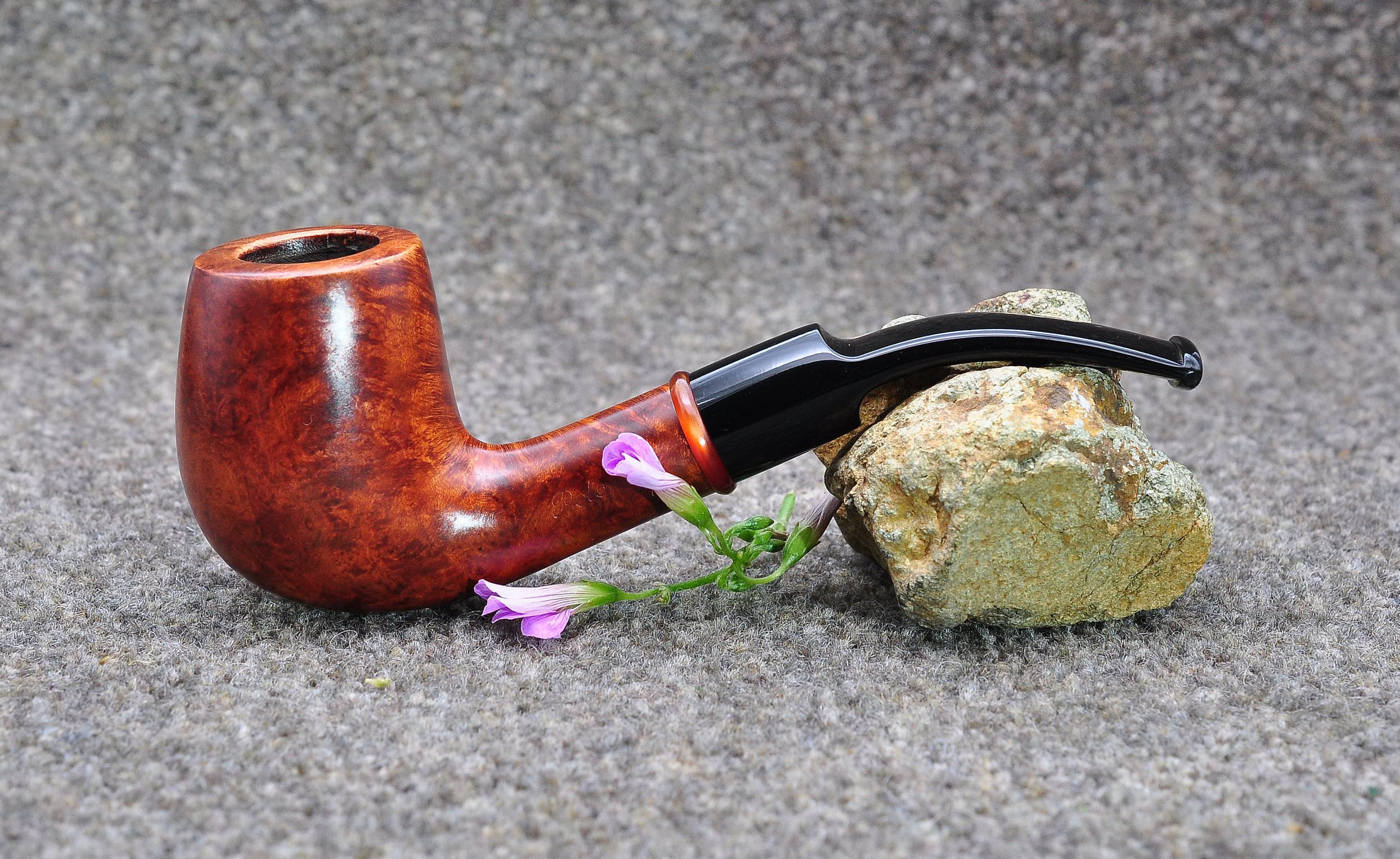 Another Roma - a bent billiard with a large bowl. It's also an excellent smoker.
When I bought the 2 Romas, I was eyeing a Savinelli for twice the price of the 2 Romas combined.
I'm glad I pulled the trigger on the Romas instead. 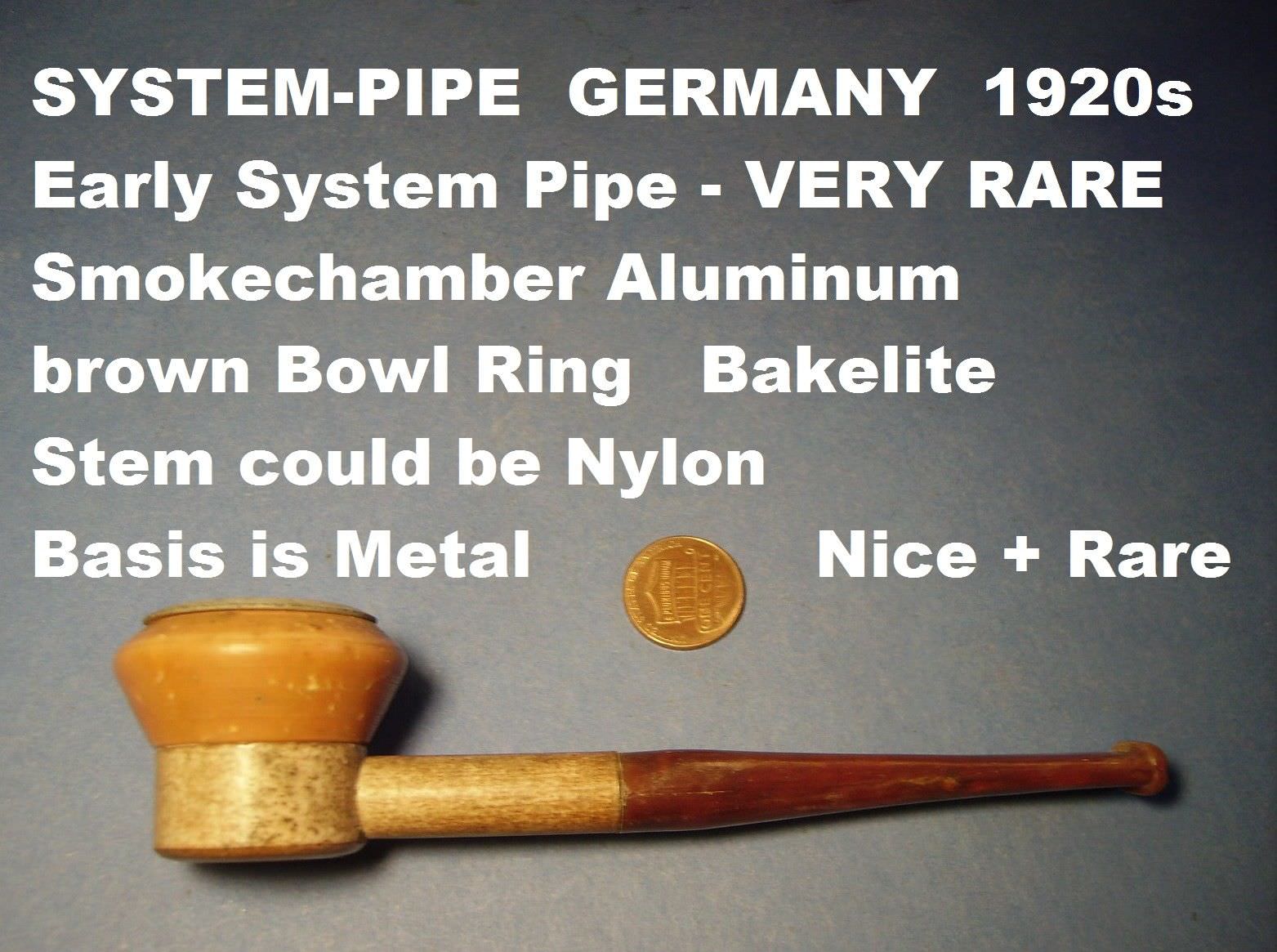 Here's the 'systems' pipe from the 1920's.
It hasn't arrived yet & I'm looking forward to checking it out. It deserves to be in a pipe museum.
I wasn't that interested in it but it was going too cheap (that's my excuse & I'm sticking to it) At $14.50usd it's an absolute bargain.
Don't think I'll smoke this one.

This is the 2nd lot of drilled stummels from the 1930-40's that I won. Again, they were ridiculously cheap.
Guess I'm going to have to learn how to make stems. (Or if someone would like to trade a care package of tobacco for some 80-90yo stummels, send me a PM) 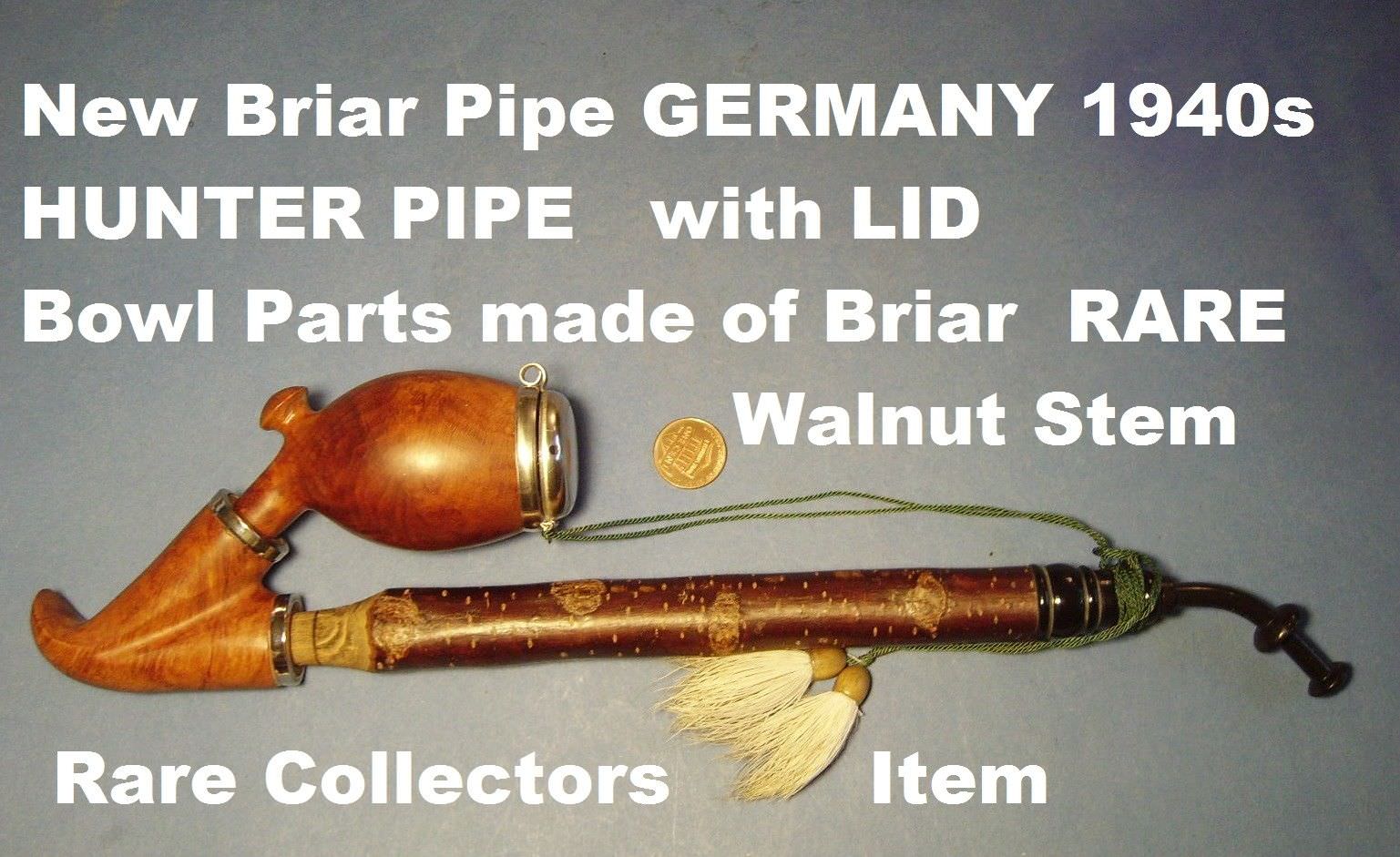 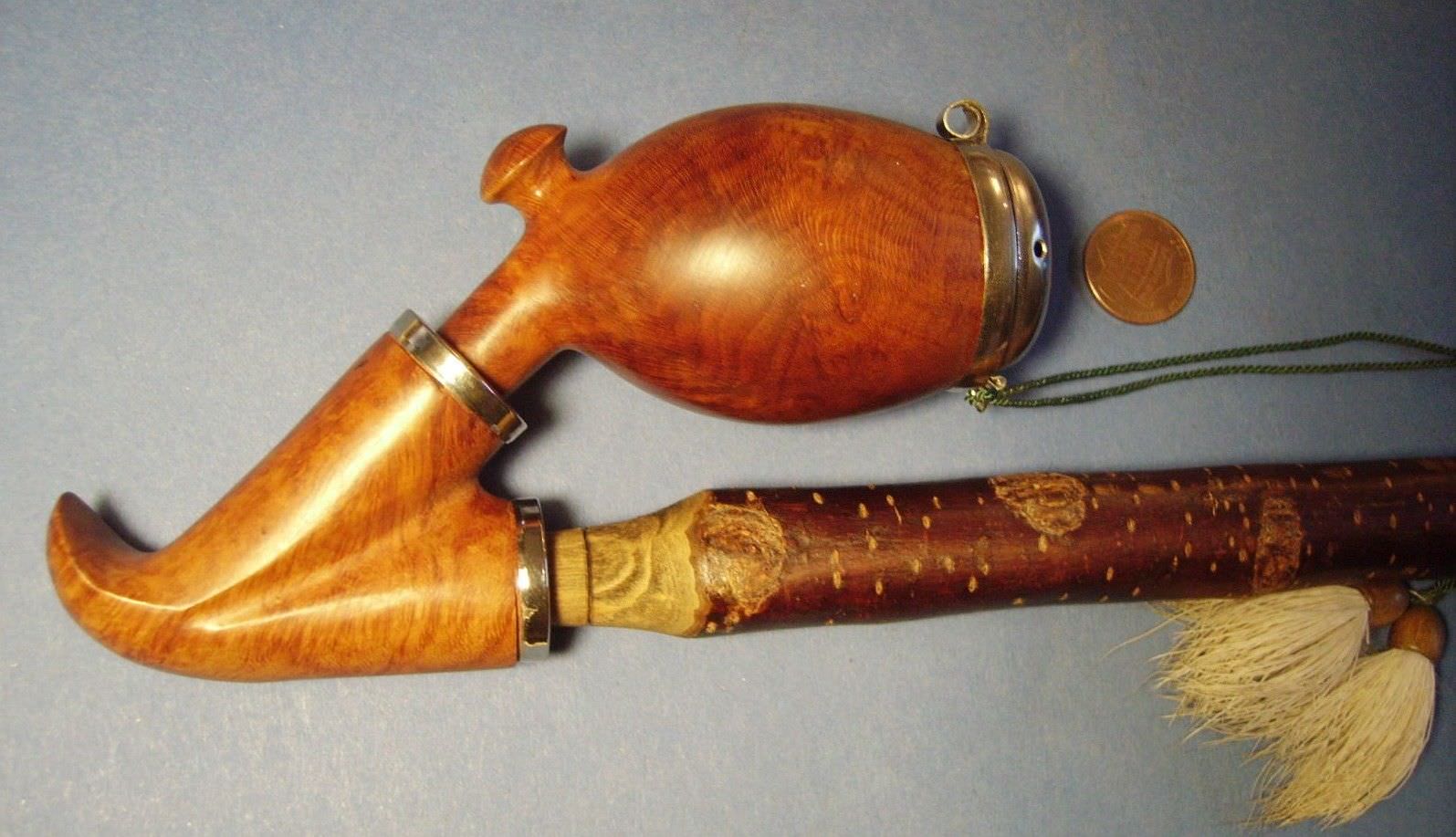 There's something about these old Hunter pipes. According to the German seller, these make great smokers.
I'd missed two similar pipes (bloody snipers, grrrrr) so I put a decent high bid on this one. Got it for a reasonable price.
(I've found with ebay that if I'm the first bidder & put a reasonable high bid, it scares of most except the determined. Bidding tit for tat just inflates the price)

When it arrived I was like a kid opening presents Christmas morning.
When I un-clipped the lid, it fell off in my hand, revealing damage to the briar from improperly affixed nails.
It would have been obvious to whoever hammered the tiny nails. Why would a pipe maker pass on a damaged pipe?
This perplexed me & got me thinking. My best guess is that maybe an apprentice or a general hand had the task of attaching the trim. Knowing that he'd get his arse kicked (Back in those days employers often deducted damage caused by workers from their wages) he moved it on.
Off course that's speculation, who knows?
In the 3rd pic you can see that a nail is missing. I think the

Being a computer dummy, I asked the seller to provide me with a mobile # so that I could send pictures of the damage.
Without hesitation, the seller (Who I've bought quite a few pipes from over several weeks) said he did not require any pics because he took me at my word & offered an immediate refund.
When I asked for his preferred method of return postage, he said to keep the pipe & apologised for not checking the pipe more thoroughly.
How good is that?

I don't think that it would be a good idea to try to re-nail the cap but I'm wondering why I couldn't just glue the lid back on?
What sort of glue would be safe to use on a bowl, taking into account the heat while smoking?

Anyway, the damage to the briar can be easily filled. It would be noticeable but as I got it for free, I think I can live with that.
If there's no suitable glue, I can just fix the briar & leave the cap.

The last for today (Yep, there's a lot more to come, lol)
My two attempts at buying estates to start a rotation didn't work out, so I decided to stick to buying new or professionally restored estates.
But as these British metal pipes looked in reasonable condition, I figured they were a good lot to learn restoring. 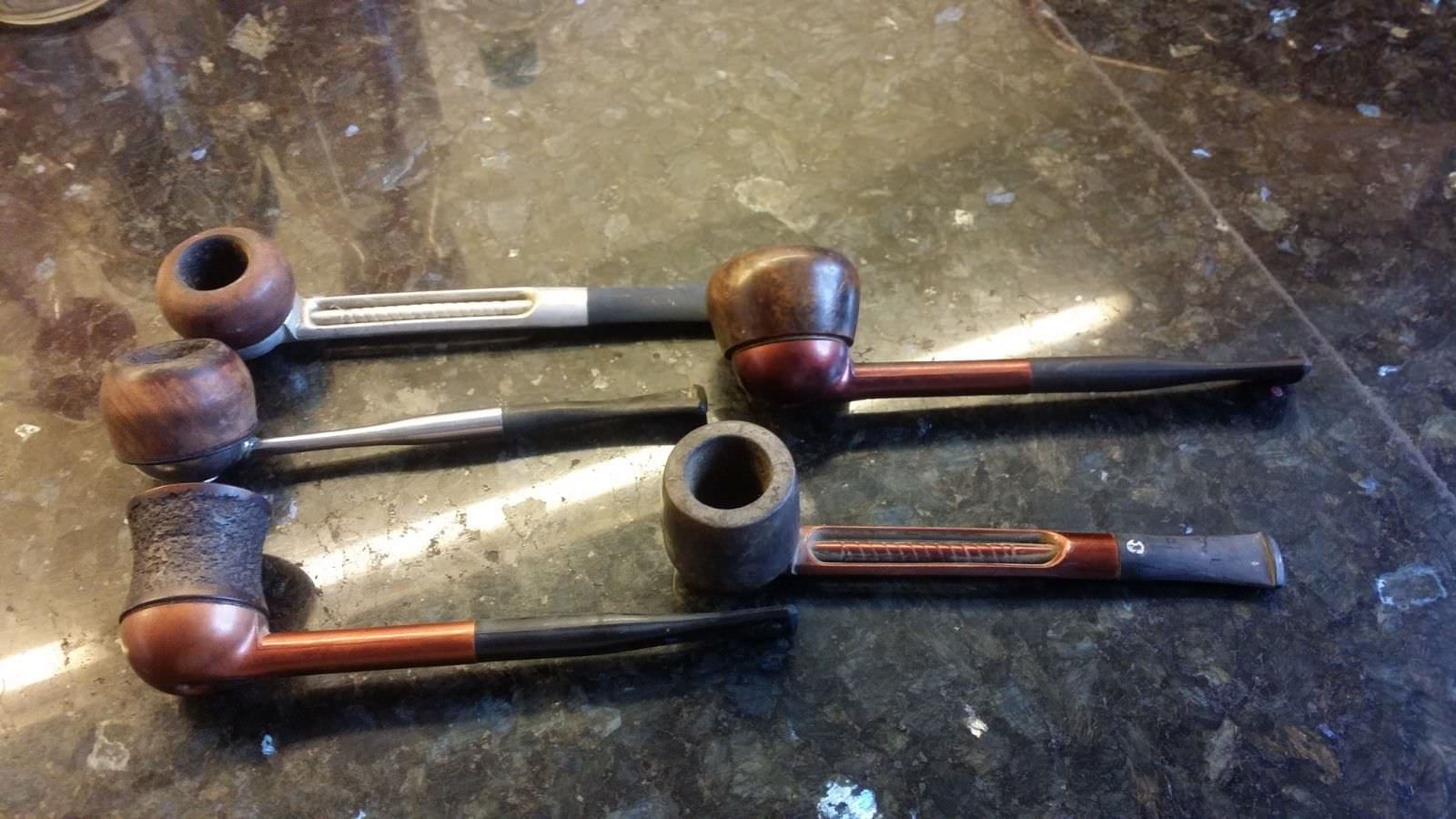 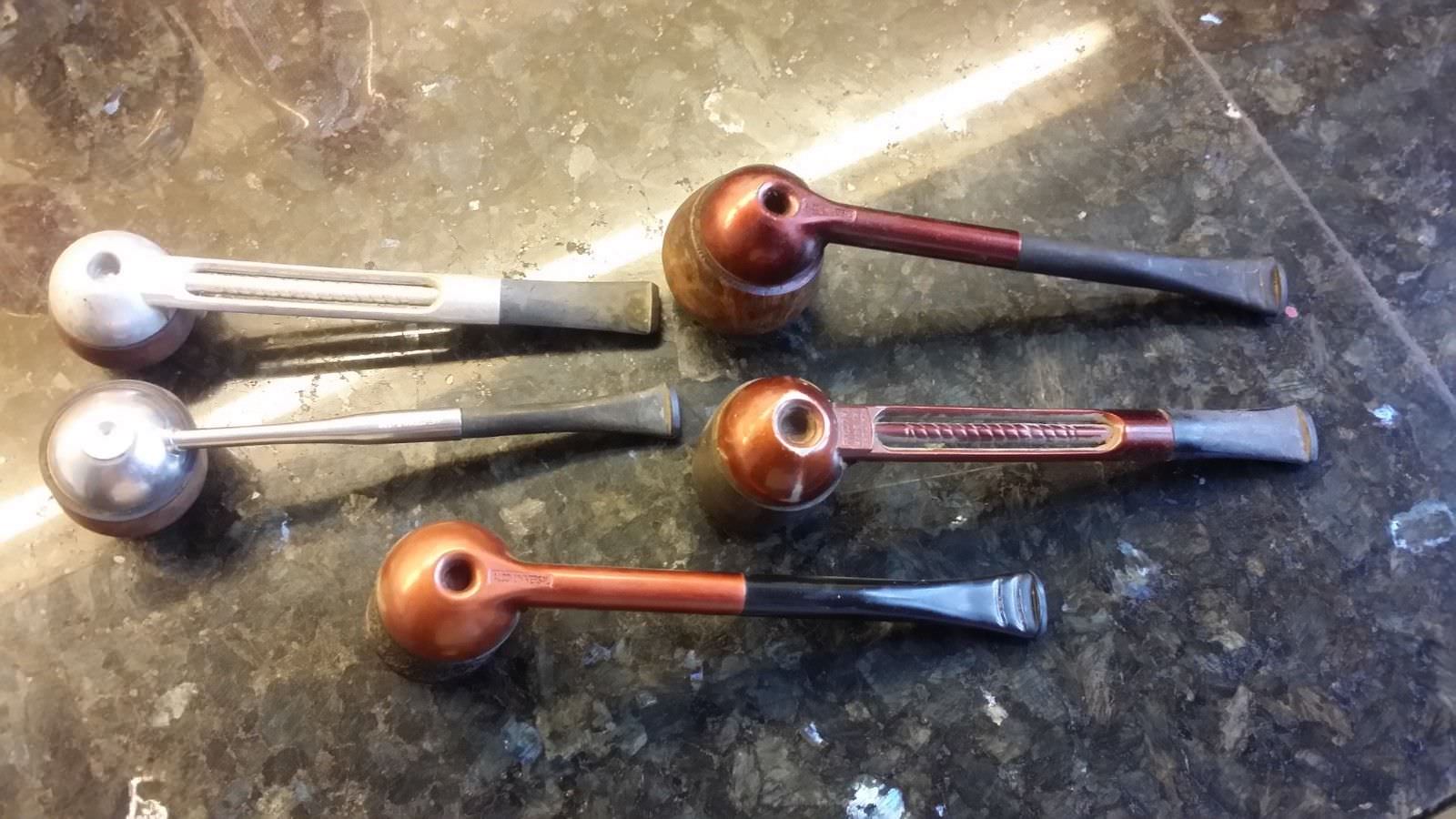 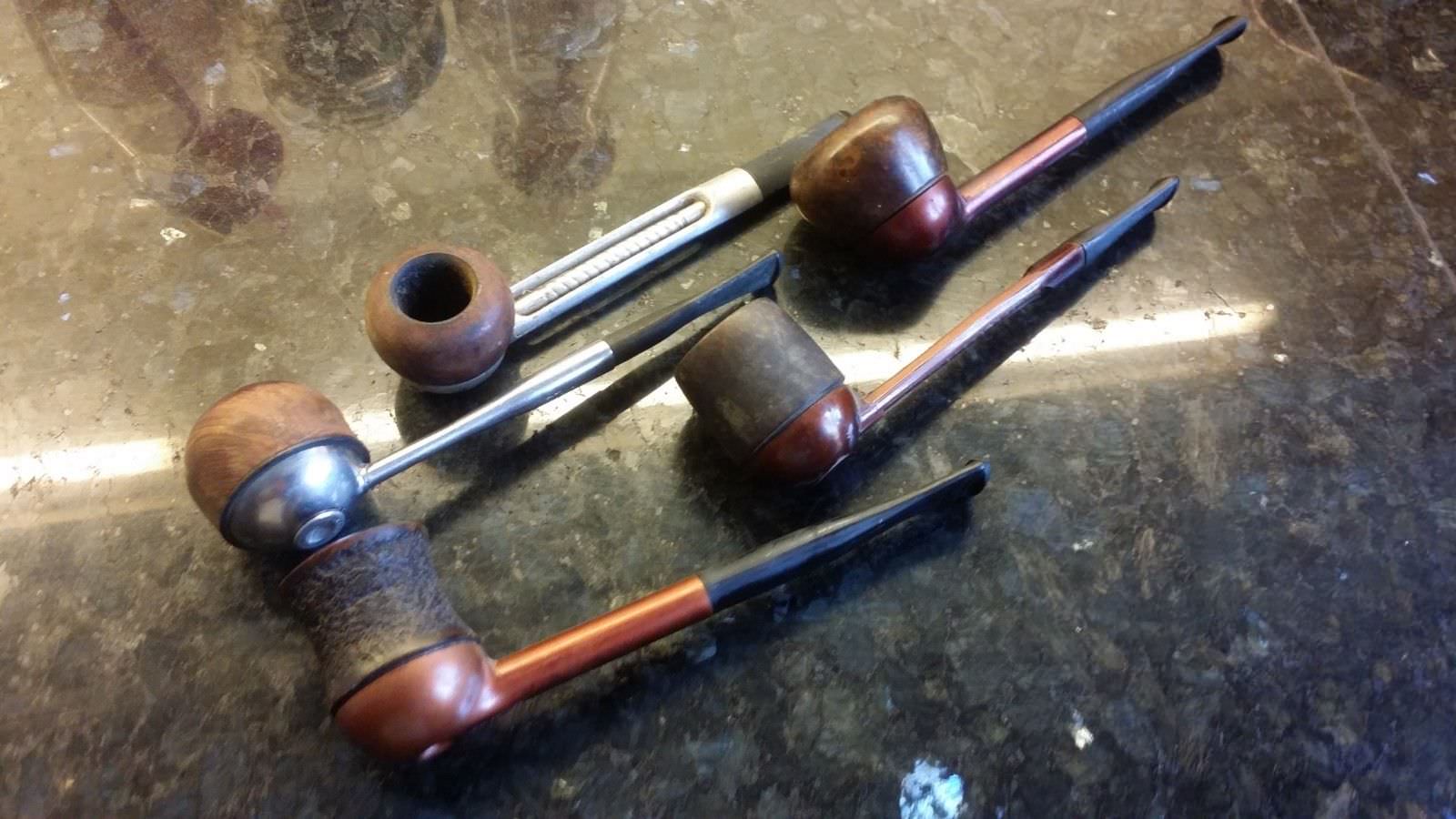 The British metal pipe makers don't seem to care about aesthetics. The briar is rather dull. But they are all excellent smokers & they restored nicely. Most had really stubborn baked on crap that needed several soaks in alcohol but are all sparkling clean now.
The briar still looks unexciting but clean. And the mouthpieces came up a treat using a magic eraser.

Initially I was keen on buying a Dr Grabow Viking & a Kirsten but the prices are rather steep.
A decent Kirsten is around $125usd. Add a minimum $25 for postage + import duties, buying a Kirsten from the U.S. adds up to $200aud. I really like the aftermarket Kirsten sitters (or are they considered a Cavalier? Idk) in particular but not that much.
The Dr Grabow Vikings I see are either damaged &/or in poor condition, or, a good example doesn't go cheap especially when one adds the cost of postage & import duties (The U.S. is the only country where I've been charged a duty tax. Postage from Germany is $8usd for 8 pipes by comparison)
I've yet to see a Viking or a Kirsten advertised outside of the U.S.

Forgot to show an example of the Bruyere Garantie types that I've bought. Most don't have a makers mark.
This Skippy Prince Panel Bulldog is an exception. It's one of my favourites but as yet, I have not been game to light her up. 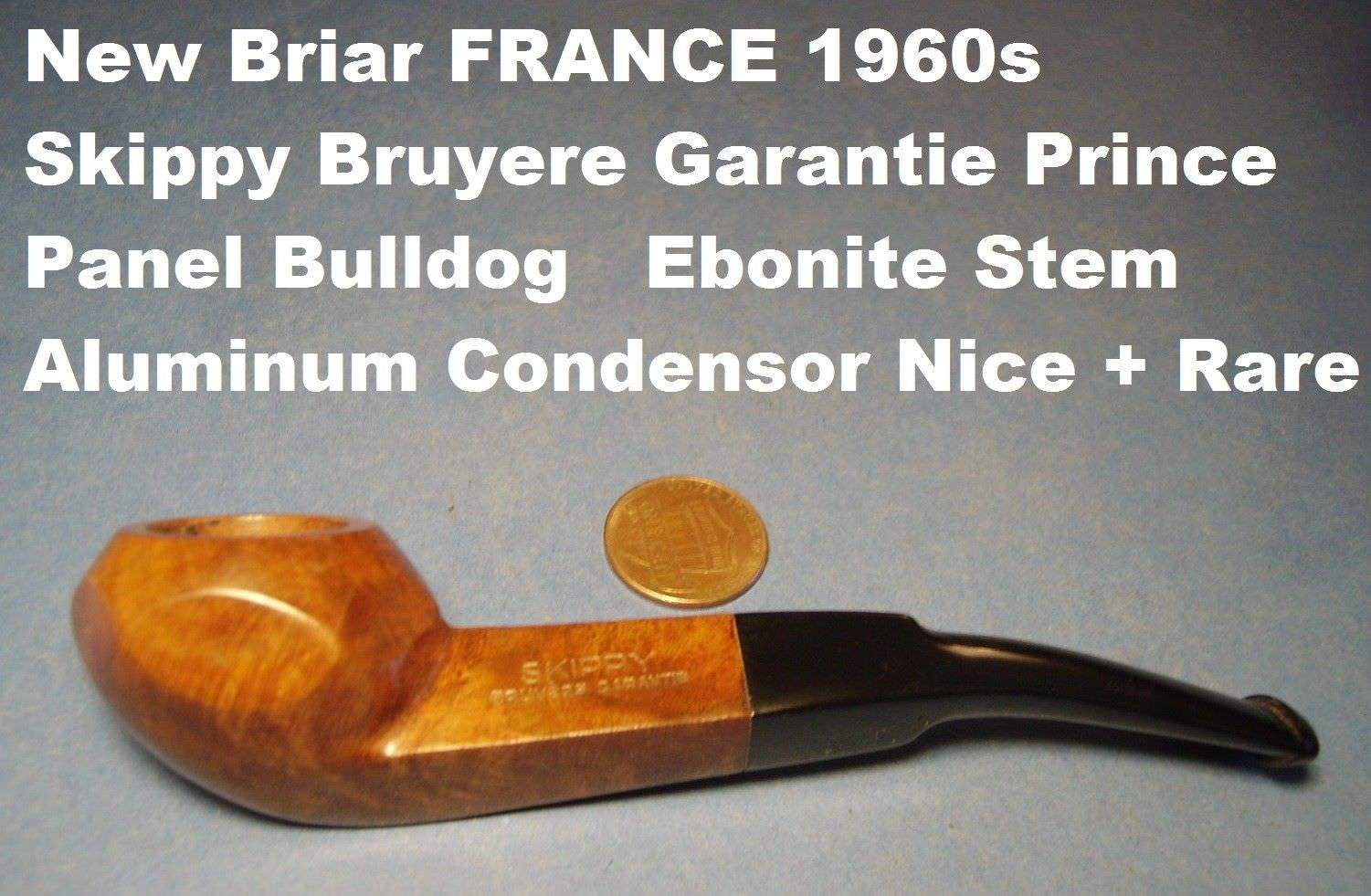