Tamper for me... I'm on blood thinners... not so sure what that would do for ye olde blisters?

A dog is the only thing that loves you more than he loves himself.
Top

Have a bowl as you read a story - a true account of a Monday morning's challenges in the workplace.


More than four decades ago I was jailed for six months behind a drug possession plea agreement; 'behind' is what the other prisoners called it, so I did as well, reaching for some street cred, “Oh, my incarceration is six months behind a controlled substance charge,” ...I answered when asked, “Whatcha in for?”

Fortunately for me what they heard was that I was a lot tougher than I talked, "don't mess with him."

However, that was in prison, where I spent four months. My first two months were spent in county jail waiting for a slot to open up in the Big House – a place so popular advanced bookings were apparently required. Also popular in many songs of the blues variety, for my Graduate School would be Parchman Farm.

After a rocky start, County proved to be a breeze. The Sheriff promoted me to trustee status my second day there – in response to my victory in a fight - which meant I would work for the County Supervisor on the road crew, as well as Cell Boss - elected unanimously by my fellow criminals after the meanest one picked a fight with me and awoke in hospital an hour or two later.

Additionally, trustees could come and go from the locked cells at will during the day, and could also walk around town in street clothes. The Sheriff was a very practical man who trusted me and allowed me to stretch those rules a bit more than most simply because he believed I shouldn't have been jailed in the first place. I tended to agree with that sentiment, and assessment.

My third day ever in a jail was my first day to work as trustee on the road gang. However, that should not conjure images of armed guards and chained workers, nor were we wearing orange garb as is often seen in contemporary times; no, jeans and tee shirts were our costume. The County Supervisor simply had all the prisoner-trustees climb into the back of a dump truck, drove to the work site – usually a stretch of county road – let everybody out with task instructions, then drove away to take care of other matters with a “See you at lunch.”

He had other plans for me that day, as he first drove us all back to his headquarters, the County Yard, “...HW! Get down here! You see them telephone poles down there? I need 'em moved to the other end of the yard, on the left side of that gate. I'm gonna leave you here to take care of that, and I expect you to have it done when I get back at lunch, which is at noon. Understand?”

“Why heck yeah, by yourself!” his crew cut seemed to bristle, “...how many people do you think it takes to move fifty utility poles? You ain't lazy, are you?”

“That's more like it. Sheriff bragged on you, but I don't have to accept you as a trustee if you don't work out.”

Utility poles are 45 feet long; set one on a football field with one end on the goal line, and the other end will be at the fifteen yard line. Average weight of each was 1200 pounds. Soaked in black, sticky, tar-stinking creosote. I estimate, in hindsight, a splinter density ratio of one-half million per square inch. Fifty of them weighed about sixty thousand pounds, or thirty tons. And they were turned the wrong way – each one must be swiveled ninety degrees before rolling them the 300 feet to their new home. I had just over four hours to move them, and felt cheated at not having even one helper.

I checked the barn and found a pair of cheap cloth work gloves, working out my plan in my mind – lift one end of a pole and walk it in a 180-degree arc until it is pointed toward its destination. Lift another and do the same. Roll one so that it was twelve yards from the other, parallel, both pointing toward the new location, to be used as rails on which to roll other poles.

At that point, only a ninety degree arc would be required to put the pole to be rolled onto the track. I would build a railway upon which to roll poles, but each end of each pole would have to be lifted and swiveled multiple times before all would be in place. I could think of no better way.

Big and strong, with good stamina, I knew I could do it. I also knew many men could not... but the time would be close, so I began. With that first lift I discovered just how tough the job would be – I would be exhausted, and the one hundred degree heat would have me completely soaked in sweat.

The lift alone was bad enough – squat at the end of a pole, work both hands under it, then stand, keeping the back as straight as possible, lifting six hundred pounds, with the weight decreasing a bit as the ground began to take more than half, the higher the end was raised. Not enough to really notice, especially when I began to walk the end in a long arc. Slow, but steady. The demise of my cheap gloves came quickly, so I went back to the barn and brought the whole box back with me.

I was yet building rails when I began to get holes in my creosote-blackened tee-shirt due to splinters digging into my chest and belly. Some bled and added another lovely color to my shirt art. I decided to wait until the job was done to pick them out, otherwise I would have to stop every few minutes and the job would not be completed on time.

My clothes were completely soaked in sweat – as if I had jumped into a lake – and even my shoes squished with each painful step. My lower back was screaming in protest. I kept on, grunting with effort. When I finally got the rail built, twelve poles in all, six in each runner, stretching 270 feet from the old pile to the destination, I had just over two hours to complete the job. I picked up the pace.

With all the rails finally in place, my task progressed faster. Rolling the poles was relatively easy, but still each one had to be arced into place at both ends, then stacked three deep at destination. I increased the pace yet more, working like a madman gone berserk. Rolling the last one from the old pile and stacking it on the new was a small victory, but I still had the twelve runners left to move, reversing the building process. I had thirty minutes to get that done and made it with five minutes to spare, lying on my back in the heat of the sun where I had dropped to regain my breath and enough strength to move toward the barn's shade.

Muscles twitching, I gradually stood shakily erect just as the dump truck came into view. Sweat-soaked from crown to sole - hands blistered, splintered and bleeding - arms, belly, chest and thighs also bleeding - covered in creosote – including my face – I watched the Supervisor swerve violently away from the barn to stamp the brakes, skidding to a halt beside me in the middle of the yard.

“What in God's name happened to you?!”

I began to explain my cleverness in constructing the rail system, but he interrupted me.

“Dang it, son, are you telling me you moved all them dern poles by hand?!”

I gave him a blank look, nodding.

“Well, crap-fire, son, I'll swear to anybody you ain't lazy, but they sure don't teach you nothin' practical in that fancy college of yours, do they? You see that big, yellow front-loader over in the corner?”

Forget the past for it no more holds sway;
forget the future once you thought so bright.
Top

99% of the time, I use my finger. I have a few golf tees I use, a old hand made nail, as well as a cheap and rather expensive tamper, (the expensive one I'm saving for ???).
I've used roofing nails, bolts, a 1/4" socket extension, anything that will fit in my pipes, I'm not proud!
After 45 years of spinning wrenches, my hands are tough? (I'm stupid enough?), to use my finger.
I have a hard enough time trying to remember where I put my lighter down to worry about where I put the tamper as well!
Joe

I'm pretty much a fingerer 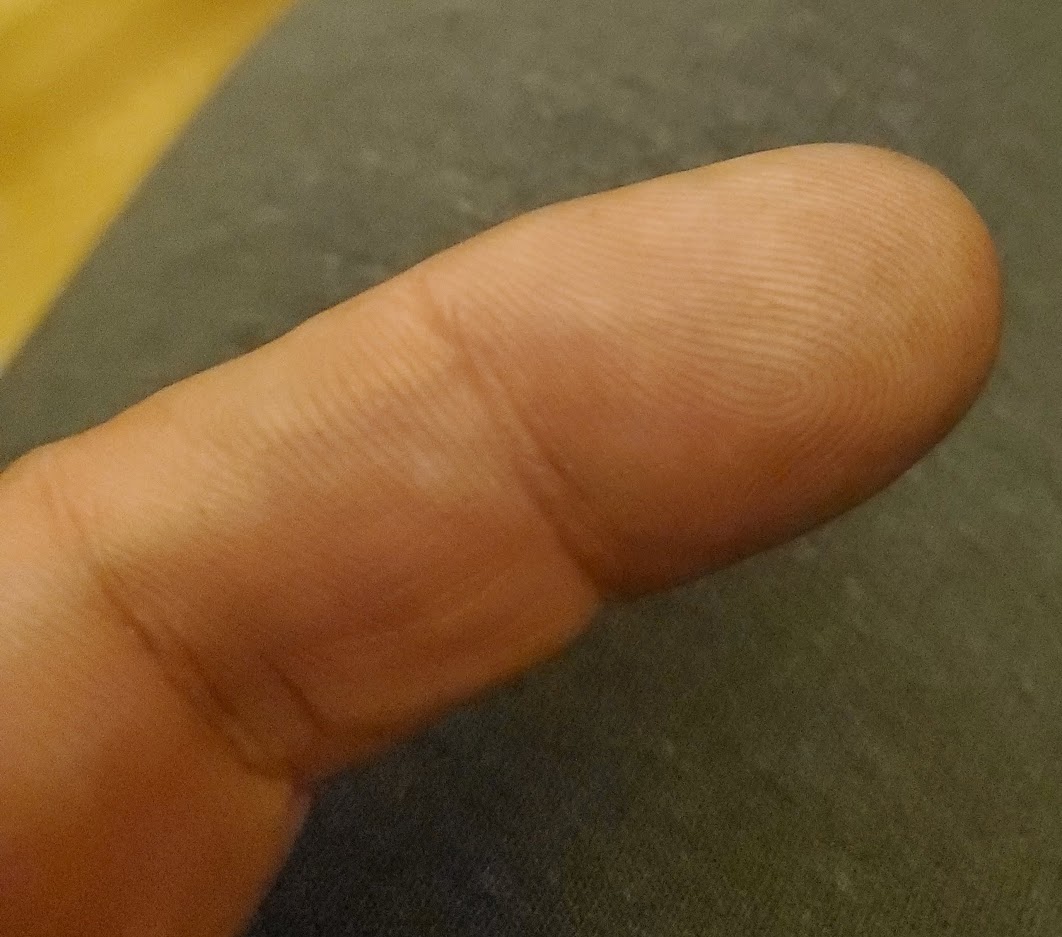 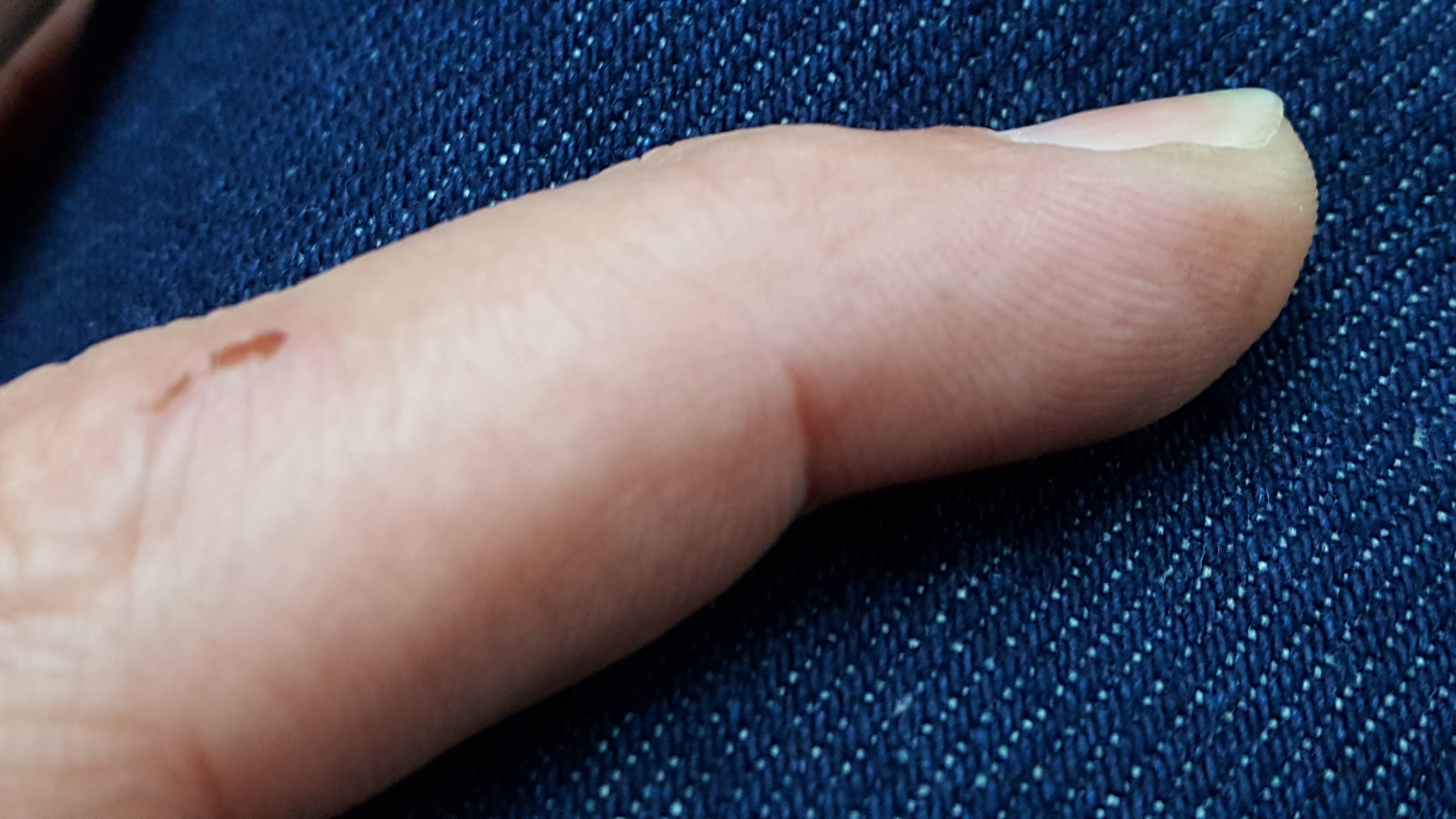 I don't do anything special outside of rub out and dry tobacco to preference but do require a tamper to smoke. Have a lot of mid sized pipes(3/4" range) and my fingers are useless beyond pushing the overflow upon lighting back down or being a windcap. Even the larger ones as I like cake, and the id shrinks. Have a Commodore 83 that can't accept a pencil eraser. Happens. Yes, the smokes are about 5 minutes long by then, however a quick manicure for will put them back at the 10 minute mark.