I am a sucker for the old Bakelite pipes. Amber too. But the ruby Bakelite really rubs me the right way. The old stems are durable and easy to restore. And they look damn sexy! I bought this pipe on eBay a couple years ago for $10. It looked rough in the crappy pictures and if anything my expectations were exceeded. It was crusty and dirty. And the seller had slathered lemon oil all over it which just made it more noxious looking. The bone tenon was broken and the pieces still resided in the stem and shank. On top of that, somebody had used a knife or some other sharp implement to dig the broken piece out of the shank making an excavation reminiscent of an open pit mine.
I didn't know where to start so I tossed it on the work bench where I would have to see it daily. After awhile I picked up the stem and cleaned it off. I managed to get the broken tenon out and I filled and polished the tooth marks. It looked pretty good!
Next I tried to get the tenon out of the shank. No joy! It remains in place to this day. But I had an idea. I had an old Dunhill inner tube on the bench. What if I used that to make a push tenon? I used some putty to hold it in place temporarily in the stem and I drilled a hole through the tenon in the shank the approximate size of the tube. It actually seemed to work. At this point I had to consider my next step so I laid it down again for a good while.
Six months or so ago I decided to fill the shank void with black epoxy. Maybe something else would be better, but that's what I had. It took awhile to get the fill right. And I had to keep reaming the hole. Lastly I filed it even and sanded and polished it smooth. The hole was a bit loose so I used a toothpick to slather a thin film of Super Glue in there. It worked! The tube now fits snuggly like a tenon should. I didn't get the stem alignment perfect. But I wonder if it ever was? It's close enough not to notice at first.
Last was the bowl. Alcohol did nothing to the thick crud. I used dental tools to clean the bowl and rim. Then I sanded the bore and used 220 on the exterior. I had to take the rim down a 16th or so. Then I used 600 grit and Micro Mesh polishing cloth. Lastly a couple coats of carnauba wax. The result isn't perfect, but the pipe looks pretty good and it should smoke fine. I have not epoxied the tube in place. It's soft aluminum. I'll replace it with a steel tube of the approximately the same diameter.
I'm pretty happy with the result. I don't smoke zulus. They hang down to far and tobacco falls out on me. But I had fun figuring out how to solve the problems. 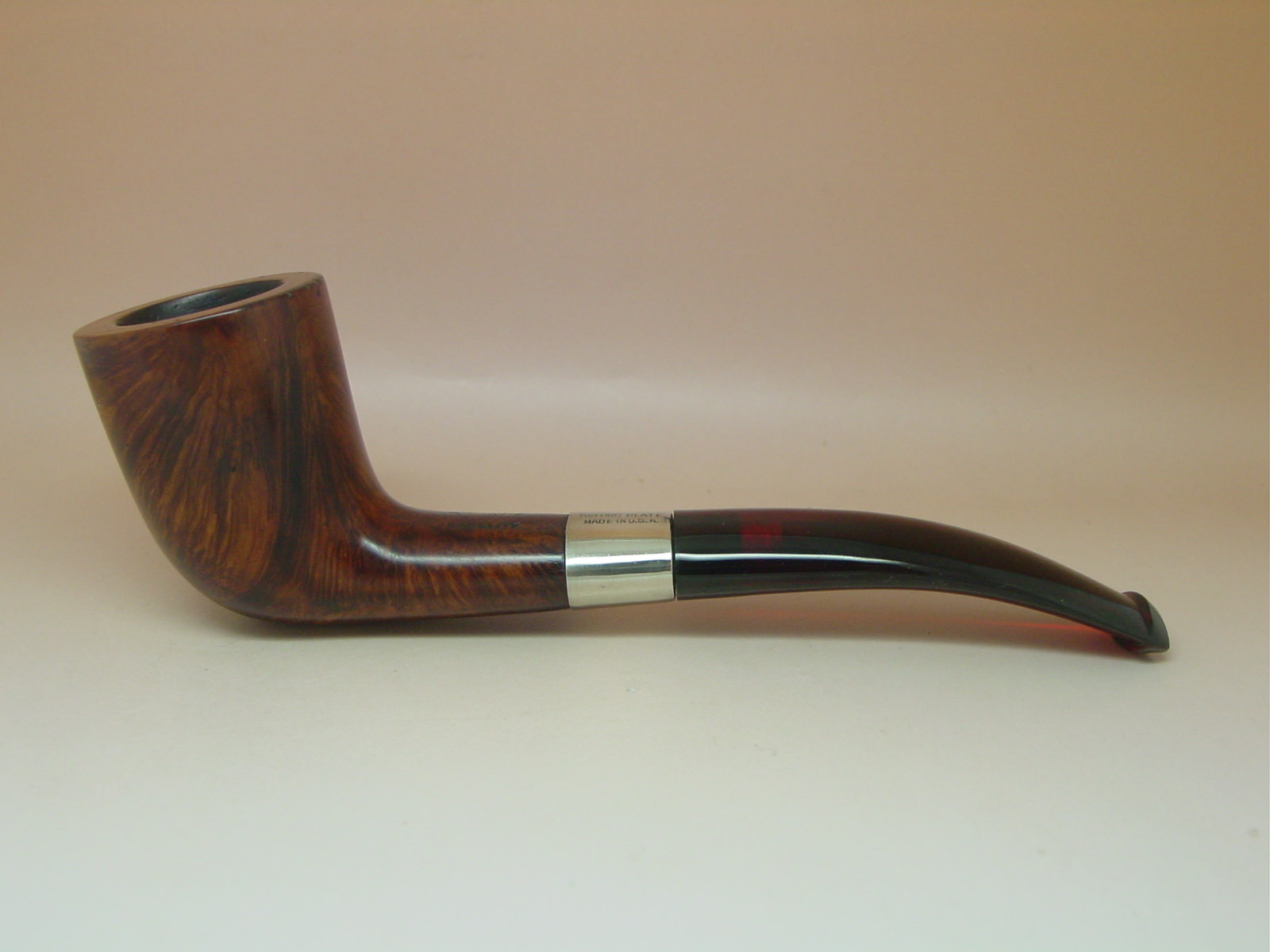 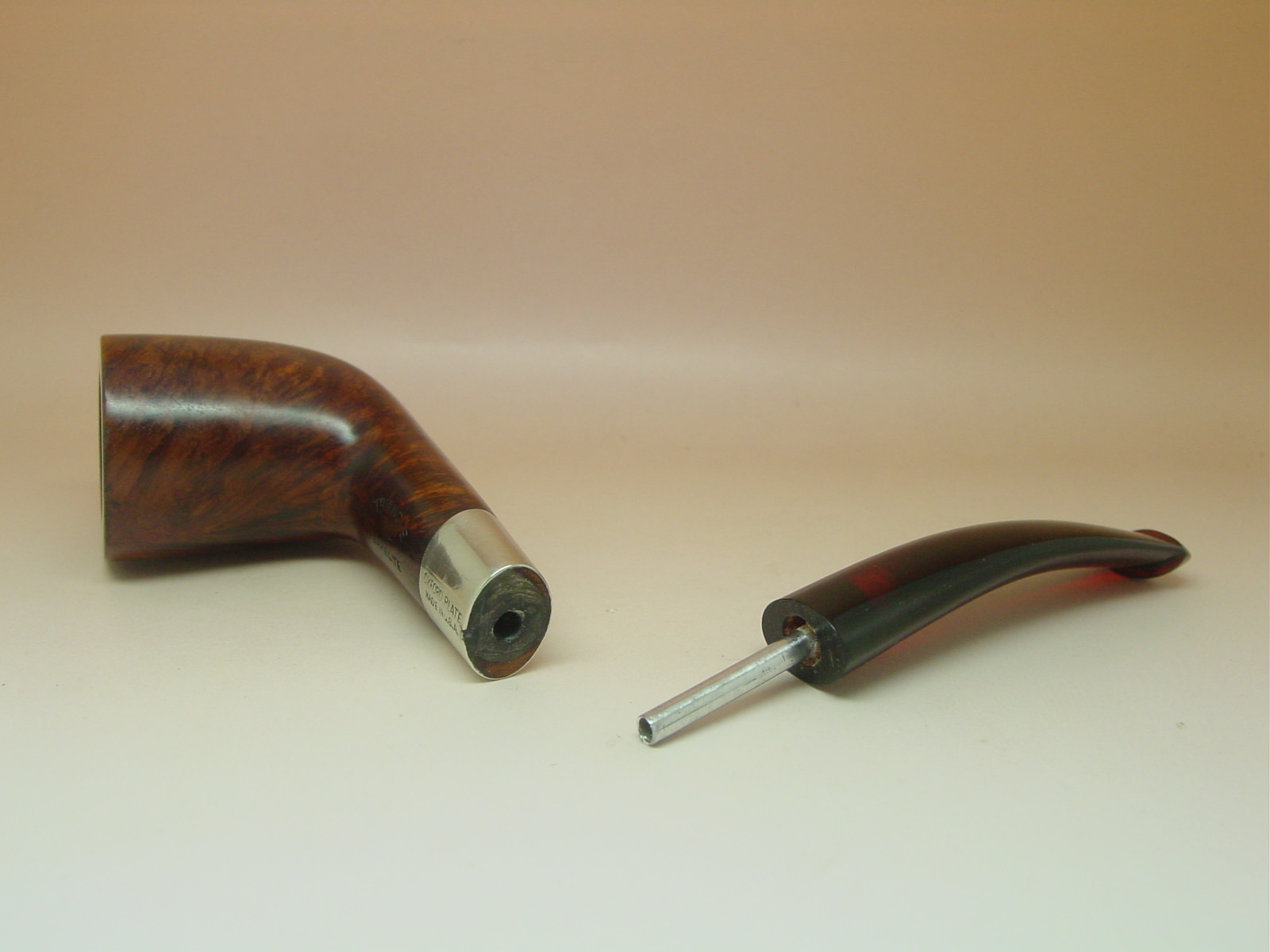 That turned out to be a good looker
"Sleeping bags on the floor, a roaring fire. It’ll be just like the time they kicked me out of the sporting goods store." Homer J Simpson
Top

Beautiful!
"I realized I had the gift of seeming to know more than I actually did." -A.J. Cronin-
Top

Lovely. If I’d put that much effort into anything, I’d certainly enjoy it all the more. Bravo!

Good job, it looks really good.
Aren't those ruby bakelite stems something else?

That is a dandy. I've got a similar poker. Love the ruby bakelite...

A dog is the only thing that loves you more than he loves himself.
Top
Post Reply
7 posts • Page 1 of 1