This is a fraction of the collection I put out on the street today: 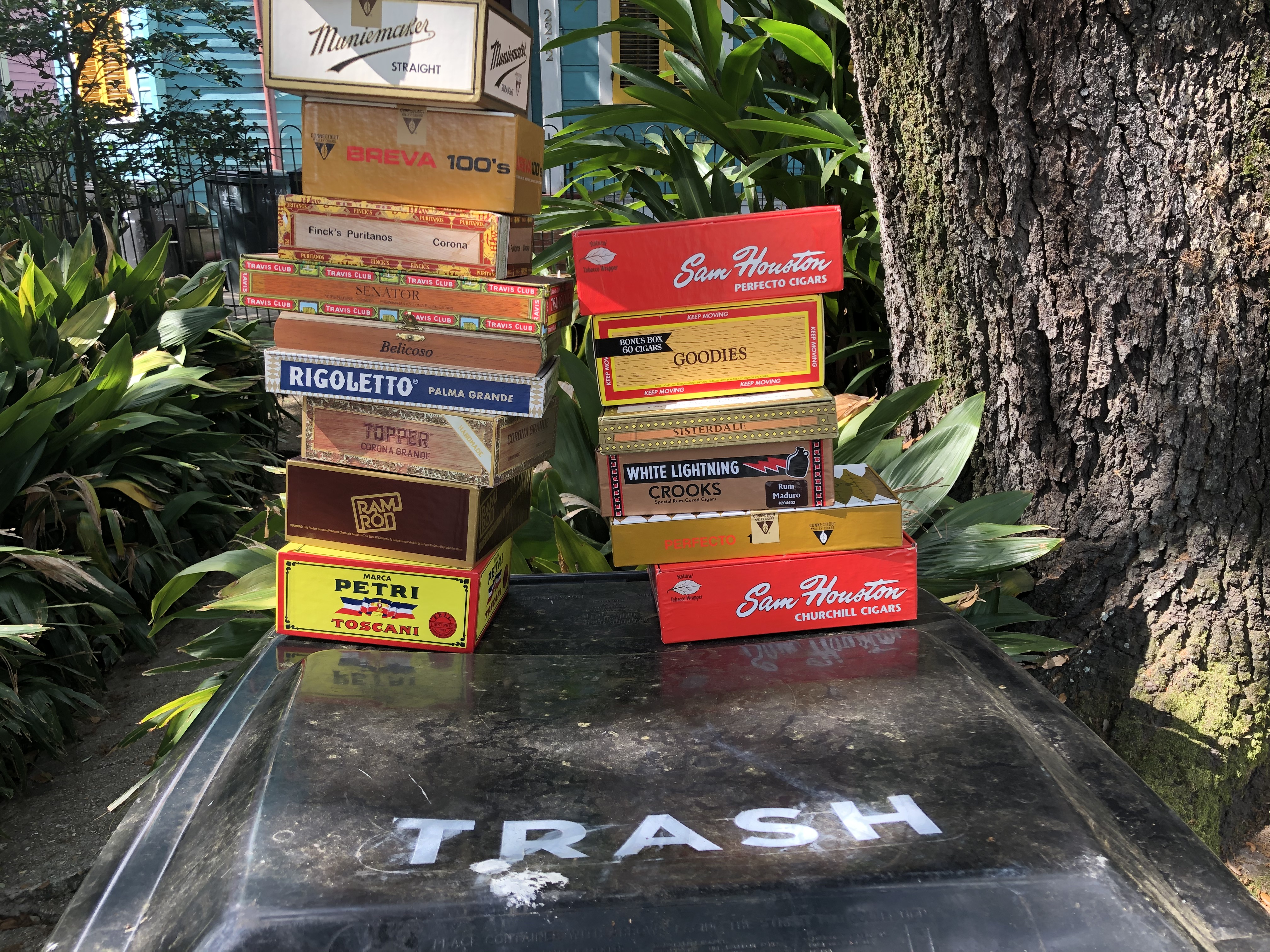 I couldn't take another photo when I had piled the top of our trashcan with about 60 cigar boxes, most of them American machine-made brands. I was too misty-eyed.

About half the boxes, all the good ones like El Verso and Topper and Muniemaker and Rigoletto---they're all gone by now. I only saved a very few. I chose to not be sentimental about them. If I were sentimental, I'd still have them. We don't have room in the lobby for a cigar box museum. R.I.P.

A sad day, indeed. Another collection of tobacco memorabilia gone, but not forgotten.

This post by Ellis You liked by (total 3):
Kevin Keith • Bruyere_Royale • Fr_Tom 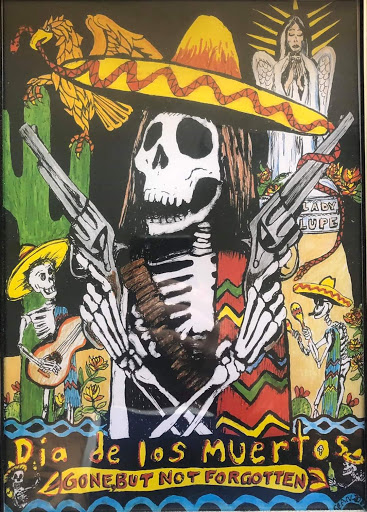 This post by Kevin Keith liked by (total 3):
Ellis You • Bruyere_Royale • Fr_Tom

This post by Ruffinogold liked by (total 3):
Ellis You • Kevin Keith • Fr_Tom

It pained me to get rid of these boxes. Many of them collected during the great CVS shutdown that we all remember and took advantage of.

I wrote to a number of small American machine-made companies and bought boxes of cigars from them, maybe, for some of them, their last customer. It's a business expense when you buy a box of cigars to display it in your lobby. All those boxes were empty after I went through them, but you can't buy empty cigar boxes. It was a catch-22. I wanted to make a museum but I had to buy boxes full of cigars. Winner-winner, chicken dinner and I wrote it all off my taxes.

I bought direct from the manufacturers off their rinky-dink 1992-designed website carts when I could. It was for a good cause. They were good cigars. 7 years later, all their phones have been disconnected. They are out of business.

Unfortunately, most people aren't interested in American machine-made cigar boxes. Go figure. I need to turn the Cigar Box Museum into something that makes money.

The museum has been in place for about 7 years. Except for me, nobody has spent much time studying it, and, to tell you the truth, I haven't looked at it often, recently. These are cigar brands from long ago---a whole 7 years! We live in a different world now.

I put the boxes on top of our trash can on the street, not in the trash can. I hoped that people would drive by and take boxes that appealed to them, put them to good use. So far, so good. People are taking the boxes. I trust they will have a nice home wherever they land.

This post by Kevin Keith liked by (total 3):
Whalehead King • Ellis You • Fr_Tom

My Grandfather would have a wooden cigar box under the bench seat of his Galaxie 500 full of candy. Thank you for sharing, your like a memories machine lately.

This post by Bruyere_Royale liked by (total 2):
Kevin Keith • Fr_Tom

So is this what you have been doing in your off time? Very nice.

This post by Bruyere_Royale liked by (total 3):
Ellis You • Kevin Keith • Fr_Tom